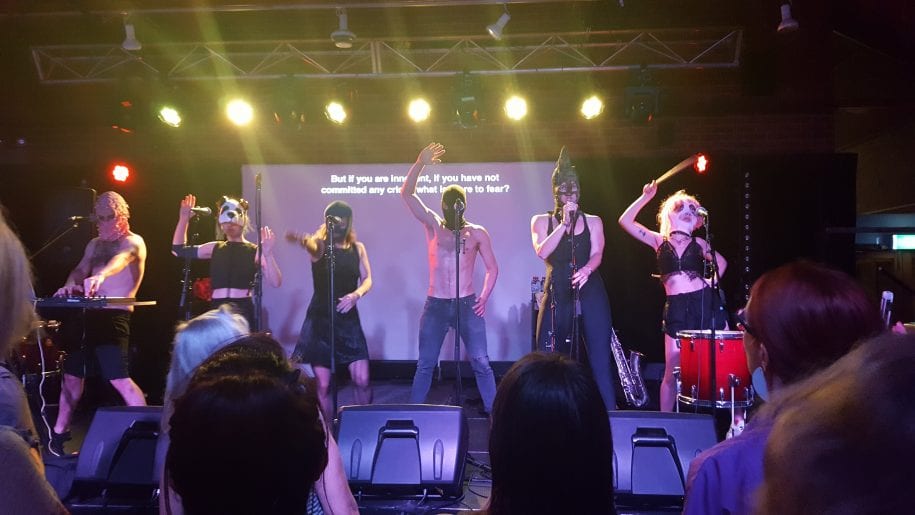 The Adelaide Fringe, being Adelaide’s main attraction across February and March, always offers a wide range of shows as an open-access festival.

For me, it’s delivered in a big way so far. Two shows, completely different, but both female-focused and awesome.

Amy Hetherington: Where They Hide The Crazy

This week, Darwin comedian Amy Hetherington has been performing stand-up show Where They Hide The Crazy at the National Wine Centre. Her show, centring on topics in her home of the Northern Territory, tells us a tale of slight desperation but ultimately a place unrelatable to anywhere else.

As a former Darwin resident, I identified with the show well. For those who don’t fall in that category, her show is a valuable lesson in what the Top End is really like. And FYI, she’s a self-proclaimed oversharer – as most comedians are.

Amy’s interactions with the audience are what makes the show special, and luckily the audience I was in took it all in its stride to make for an engaging experience.

This was my pick of things to see at the Adelaide Fringe as I looked through the guide this year. Hands down the top show on my list of about 46 shows I’d circled (yes I’m that kind of person, before then finding them all on the website to favourite them for reference).

And my goodness, it delivered.

Freedom of speech has never felt so important as it did watching this group. Spoken word, punk rock, operatic sounds and imagery from their real-life experience made for compelling viewing.

The RCC’s Attic, around the old Adelaide University UniBar, made for a perfect venue. A little grimy, with an audience from all walks of life, created a space where fascination ran rampant and imagination was revealed to the real world.

Riot Days is based on key member Maria Alyokhina’s book about the 2011 arrest and imprisonment of herself and two of the group’s other members, for protesting in a church against Russian President Vladimir Putin and what their country has become in their eyes. What they talk about is serious. Russia is still a fractured nation in its views and politics. And their Adelaide performances hope to bring that to the world’s attention once more.

Missed our last post? Check out our picks for the Adelaide Fringe that are returning acts/shows from 2018 here.