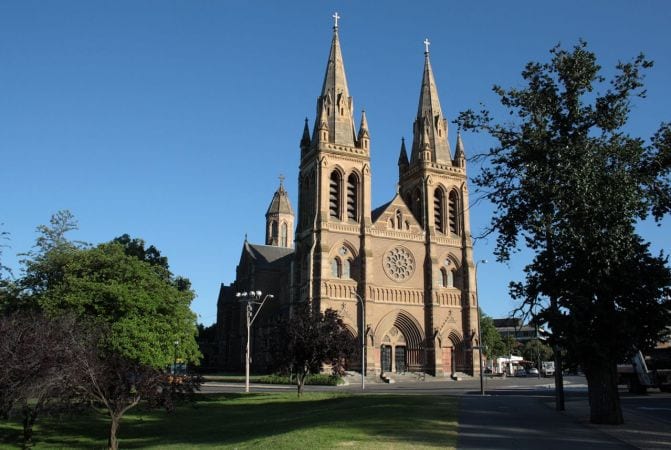 For most of Adelaide’s history, the city has been known as a City of Churches. It’s a common nickname here among locals, and perhaps other Australians, but rarely heard of by travellers from abroad.

Our naming as a City of Churches comes from our free settlement, which was intended to build Adelaide as a city with safer society than other Australian capitals. With no convicts (English prisoners) initially settled in Adelaide, it would allow for progressive freedoms which shaped our city to what it is today.

Religious alliance in Europe was strong in the 1830s, some 300 years after the Reformation. Catholics and Protestants would still fight each other to the death for the cause if necessary.

In Prussia (now northern Germany), religious persecution was rife for Lutherans, who take a slightly different Protestant belief. In a plight to help them, a few of Adelaide’s founders (George Fife Angas among them) came to their aid and funded boats to bring these Lutheran settlers to a new land. The Prussians escaped persecution and made a new life for themselves.

At this time, many different houses of worship began to be built, and we quickly became known as the City of Churches for the sheer amount of them around.

While we don’t have all that many per capita these days, the name has stuck. That’s no doubt a testament to the beauty of our churches – St Peter’s Cathedral at North Adelaide (pictured) is our key religious building and a Gothic construction worth checking out.

Adelaide’s ability to recognise religious freedoms is one of many progressive societal movements the city has had over time.

It was hard for me not to think of this as the world watched the religious symbol of the Notre Dame burn in Paris, a city known for its political activism.

As someone appreciative of churches, and not just because I come from a city known for them, I’m also hugely aware the Notre Dame represents more than just a structure. It is a city symbol, something that has withstood war and other conflicts, and created wonder for millions of visitors.

Just on a final note: whether you’re religious or not, isn’t it interesting how these events often seem to happen in what Christians call Holy Week? As a sort of reminder for believers that out of hardship, beauty can still remain in the world.

Do you have a favourite church in Adelaide, or an interesting story about the city’s religious settlers? Let me know in the comments!

Missed last week’s post? I explained what our tips-based walking tour is and why we choose to run them.