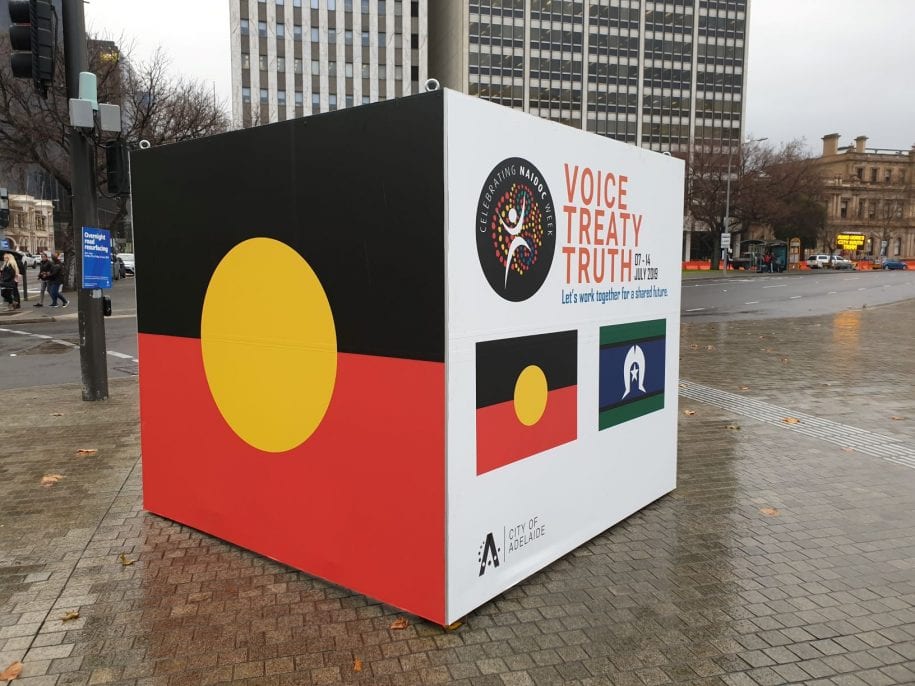 Every July in Australia, the week between the first and second Sundays of that month is known as NAIDOC Week. NAIDOC stands for the National Aborigines and Islanders Day Observance Committee, but the acronym now forms the name of the committee. The National NAIDOC Committee comprises of indigenous community members working to hold a week-long celebration of Aboriginal and Torres Strait Islander history and culture, among other matters.

In major cities across the country, numerous events are held across the week to acknowledge the long, vast history of the First Nations. Many of these are family-friendly, as winter school holidays occur across Australia at this time. The major event is usually a peaceful march in the centre of the city to display indigenous importance in society.

I am not indigenous, so on the tours I run, I choose not to go into extended detail about indigenous history because I believe it is better left for a person of indigenous descent to provide these teachings. But I do mention the significance of Victoria Square, Adelaide’s central city square, to the Kaurna people. And importantly, the significance of the flags in the centre of Victoria Square. 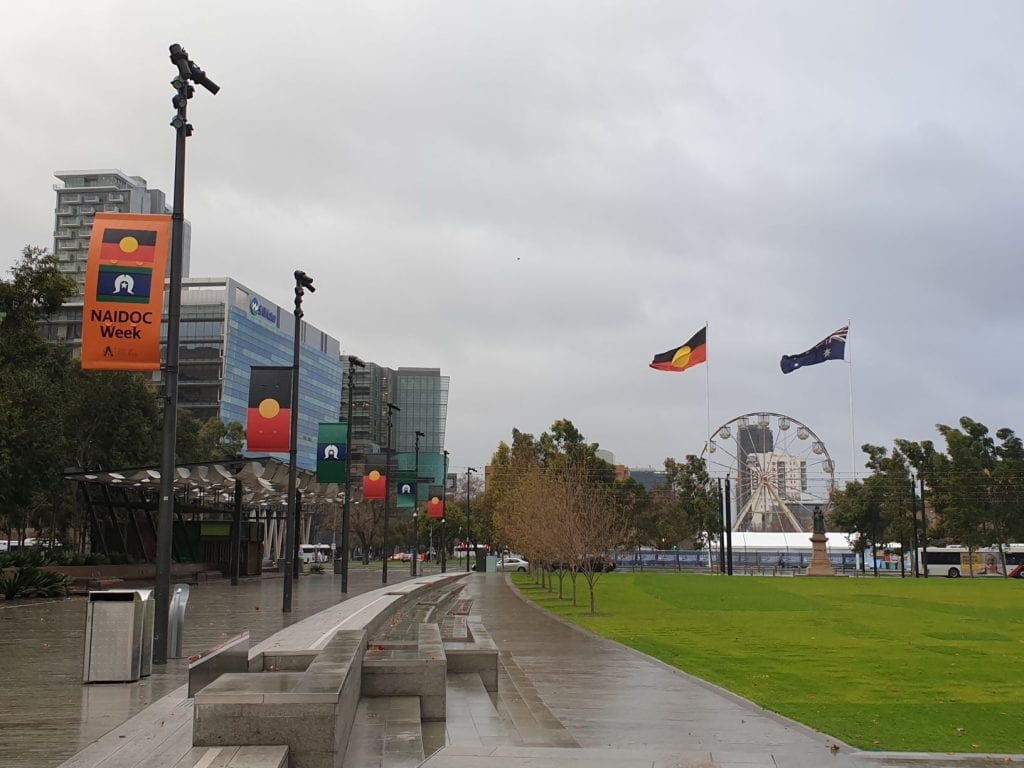 The Aboriginal flag was designed by Luritja man Harold Thomas first flown (anywhere) in Victoria Square in July 1971, on what was then known as National Aborigines Day. Peaceful marches were being held at that time every year, at that time for the land rights movement, and they still are now during NAIDOC Week. In Adelaide, the march still takes the same route it did on that 1971 day when the flag first flew, starting at Victoria Square and going down King William Street to Parliament House.

The flag wouldn’t be officially recognised by the Australian Government until 1995. On Victoria Square, Adelaide City Council made the flag permanent in 2002 as the area was being revamped. Today, it flies next to the Australian flag, and fittingly as both flags are quite large.

If you’re ever in Adelaide for NAIDOC Week, the Art Gallery of South Australia (AGSA), Rundle Mall and Adelaide Central Market are among places offering events each year. And of course, the march from Victoria Square and the square’s correlating family fun day. It’s a great chance to immerse yourself in what is said to be the world’s longest-existing culture of 60,000 years!

NAIDOC Week has gained momentum across a long period, with the second Sunday in July repeatedly suggested as a new choice for a national public holiday. As that was the official day for events before the week-long event began taking place, it would be great to see this occur. But for now, we have a week of amazing recognition, from the streets to galleries to what’s on television, so make sure to seek it out!

We venture through Victoria Square on selected tours, so find out more about how to walk with us during your Adelaide stay and discover more of its history!

Missed last week’s post? Find out what a tour guide does during a tips-based walking tour.

You can also check out my post on Queen Victoria’s Adelaide influence, Victoria Square’s namesake.

We are raising money for the Hutt Street Centre’s Walk a Mile in My Boots 2019. Flamboyance Tours hopes to raise a minimum of $250 by August, just $30 provides hot breakfast and lunch for a person in need for two weeks! Please donate generously here, we would greatly appreciate any contribution!