Why an Adelaide walking tour is great for locals 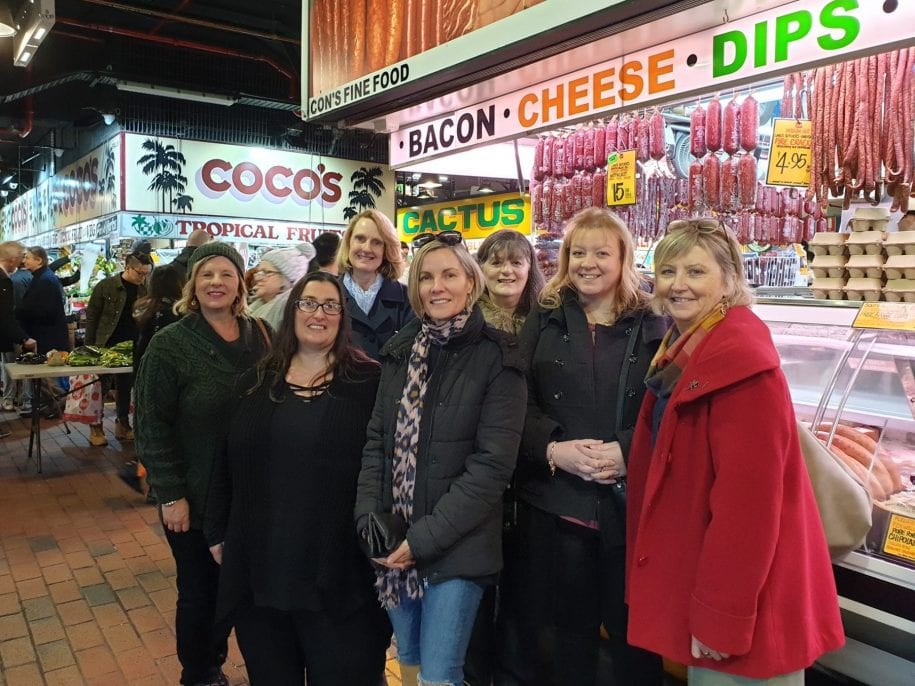 How much do you know about your home city?

This is a general question anyone should ask themselves, and while I talk about Adelaide specifically here, this is relevant wherever you may be reading it. I find myself asking this to a lot of people who approach me at the meeting point for daily tips-based walking tours. As I stand at the Mall’s Balls sculpture in Rundle Mall (Adelaide’s main shopping strip), I’ve noticed how people really are curious creatures. Though it’s only a handful that come up to me and ask what my tours are about.

When I find out they’re local they often dismiss themselves saying they don’t need a walking tour – but I often ask them that question.
“How much do you know about Adelaide?”, or I say,
“It’s amazing how much you can learn about where you’re from by being a traveller in your own city.”.
Most tend to think they know plenty, and some probably do. But once you travel a bit in your life you realise that you go for the furthest reaches and forget about what’s in your backyard.

I’ve been guilty of that. The other side of the world lured me first for travel. Then I moved away for a long time – but now being back and working as a tour guide in Adelaide, I’m seeing my home city for the wonder that it is on a whole new level. 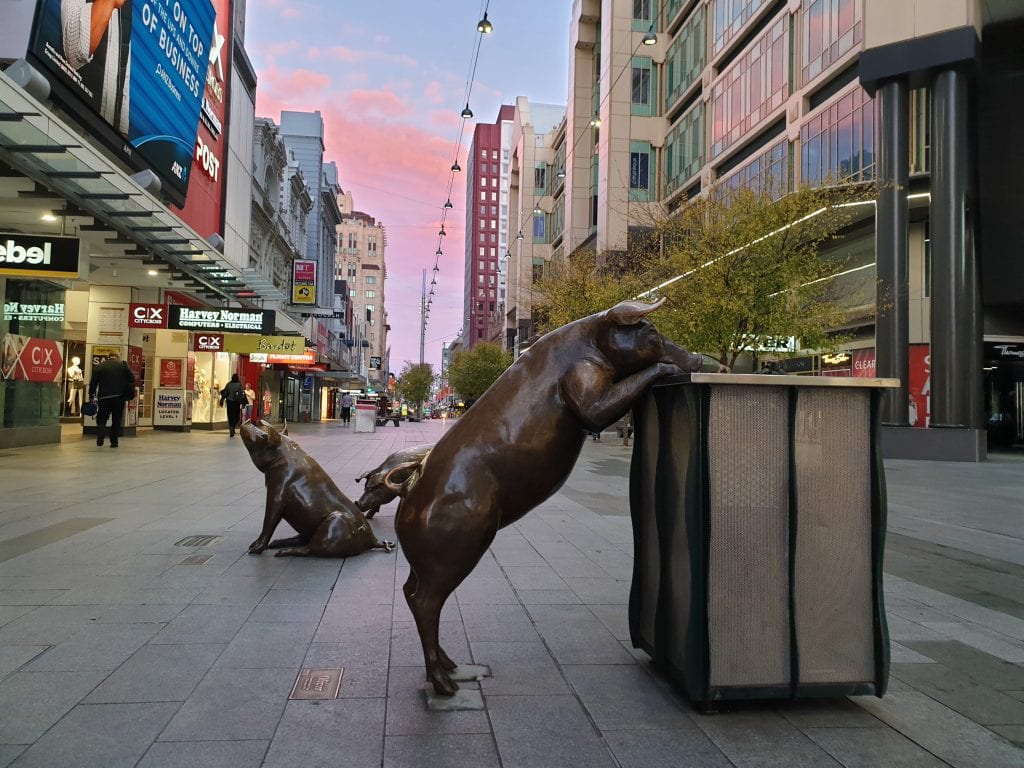 What can an Adelaide walking tour teach a local? Plenty. The Mall’s Balls is a great start… or should I say The Spheres, for that’s it’s actual name. But we’ve become so entrenched with calling it the Balls that a lot of locals have probably forgotten that. And the Rundle Mall Pigs (not officially named that either) – they have been around for 20 years already if you can believe it!

How do I know it benefits locals? I’ve had plenty bite the bullet and discover more of their city with me. It’s a great thing to see – having those who live in Adelaide, or have once lived here, sharing their stories with myself and other travellers from around the world enhances the experience.

I had the pleasure of taking seven women on Adelaide food tour The F Factor last week. They were from the suburbs, all worked together and wanted to hear about the stories behind the city’s fun foods. And they all walked away with new knowledge; Adelaide sightseeing for a local is about getting deeper understanding about what makes the city tick. 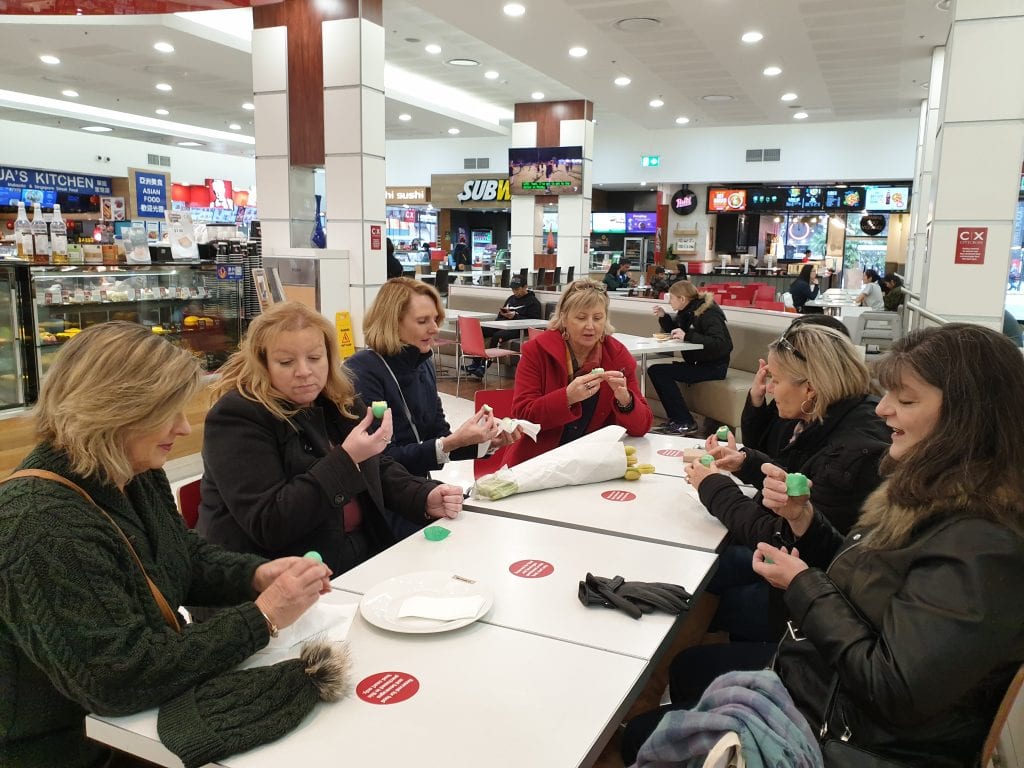 One of the women had never eaten a frog cake. Another may have only had fritz once in her life. All agreed I’d found great fritz for them to try! It created a sense of nostalgia as well as authenticity, as these foods I mention on tour are treats most Adelaideans grow up with.

It brings me great joy when I can direct people on things to do in Adelaide, teach them the historical and cultural importance of the city and reveal the secrets behind a particular landmark. For locals, that comes from seeing them try frog cakes for the first time, or giving them information they never knew. It’s a lovely thing to share the city with fellow locals in greater depth.

Locals are also pleasantly surprised about the tips-based walking tour; that it’s an Adelaide ‘free walking tour’ for anyone. We’re an ardent lot – very friendly, but very passionate about Adelaide and South Australia. I’m one of those, and it’s a reason why Flamboyance Tours offers affordable walking tours in Adelaide, both paid and tips-based. Why wouldn’t you want to come along?

Have you ever taken a walking tour in your own city? If you’re not from Adelaide the same still applies, and I’d love to read your comments below!

Missed last week’s post? My interactions with Adelaide’s homeless was the focus as Flamboyance Tours fundraised for Walk a Mile in My Boots 2019.