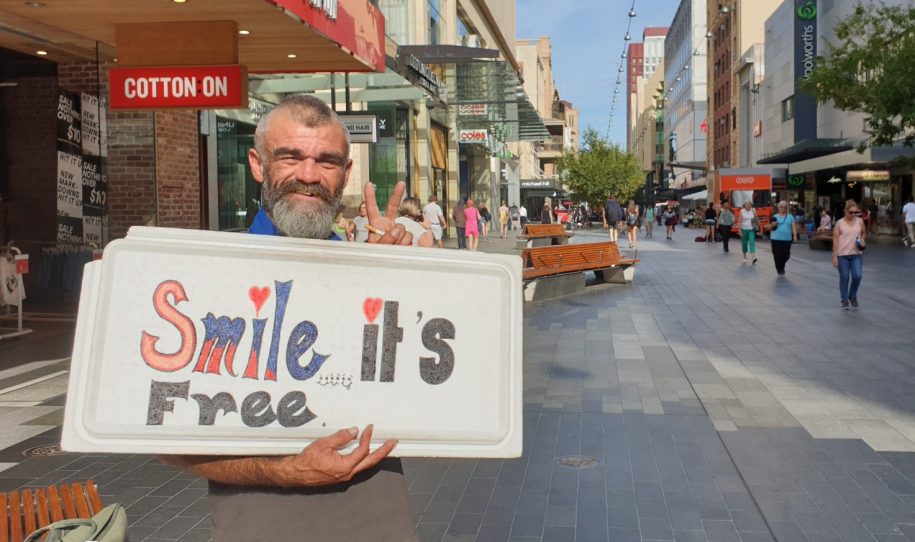 Adelaide is a friendly city. It’s a deserved statement because people generally want to help each other out here, and there are many other cities that would fare worse in comparison. It’s not just locals who think so – on our Adelaide walking tours, I get comments all the time about how travellers have been helped when in need. It comes from Adelaide’s deserved reputation as a relaxed cosmopolitan city.

In Adelaide, friendliness is often personified by those regularly seen around the city. I’ve previously written about friendly experiences with Adelaide’s homeless, but there are also those who just want to make a difference. And as we know, it’s the small things that can really have an impact.

There are two men in Adelaide of note who have created happiness for those around them this year. The first is Murray Bridge man Stephen, a local who I would walk past during the summer every day while doing our tips-based walking tour (that’s like a ‘free’ walking tour). He would make me smile, because, well, that’s what he aimed to do.

And it wasn’t just us he was asking to smile – he would always be smiling himself. Whether that was in Rundle Mall in the blinding sun or sitting on Currie Street at the edge of Topham Mall, he was content as he held up his colourful sign. It couldn’t help but make that frown turn upside down.

We’d always greet each other, though I never knew if he recognised me from day to day. But it never mattered. His attitude was so positive, and those walking with me would notice it too.

I approached him in Rundle Mall one day as he had a moment to himself. He was happy to be asked what motivated him to share his positivity. It was about getting his own mental health back on track since 2018, after taking re-evaluation counselling to “feel the feelings, get them out of the way, re-evaluate”. And this “keeps the missus happy”!

He told me to smile because the world needs it, and that I am beautiful. I’m sure he would say this to dozens of people every day, but I truly believe his sincerity would be genuine every time. Stephen said he had more signs coming and was considering travelling out of Adelaide for a while to continue his work, before heading off.

I haven’t seen him since. Here’s hoping he makes a return to Adelaide soon. 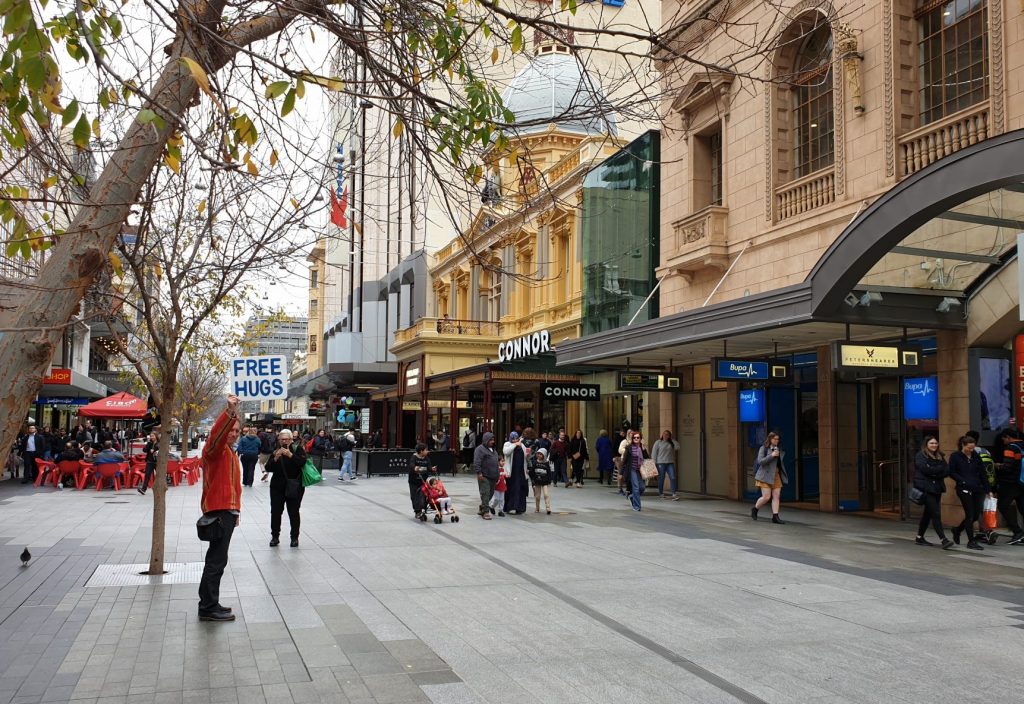 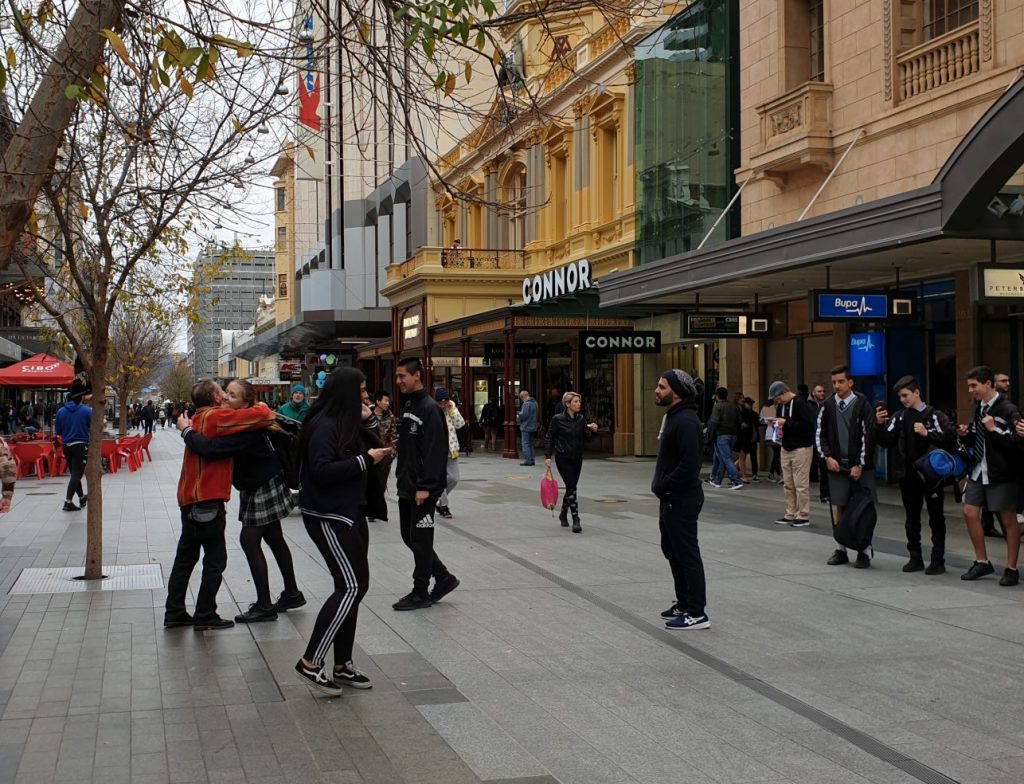 Another person who has popped up across Rundle Mall is the Free Hugs man. Yes, Adelaide has one of those. Someone who is not afraid to stand up and let the emotion flow to anyone brave enough.

It works. As you can see there are plenty of takers if you pick your timing right (after school hours in his case would be beneficial – teenagers are generally less inhibited people). And I decided I had to give his hugs a go.

He was friendly in his flowing striped tunic, inviting with a smile. There was acknowledgment but no words, just another small smile and a nod when I said thank you. I watched him for a while longer as he had scores of people going up to him.

He was standing right near the meeting spot for the tips-based walking tour (by the Mall’s Balls sculpture). I’ll admit, at first, I was slightly annoyed he was close by. But then it was perfectly OK because I realised that’s something that shouldn’t annoy me. Together, we held signs up with different objectives but similar purposes. We both wanted to make people happy. He through emotional connection, and I through travel and intellectual stimulation.

Free hugs can be such a powerful thing. And when the wet winter weather came along it was a loss to the city that he couldn’t be on the streets. But I’ve spotted him again recently on a sunnier day – I guess he just hibernates like the rest of us do in winter.

Have you said hello to either of these guys? Or do you have people like this in the city you’re from? Let us know in the comments!

Missed last week’s post? Check out how doing a walking tour in your own city is of great benefit!