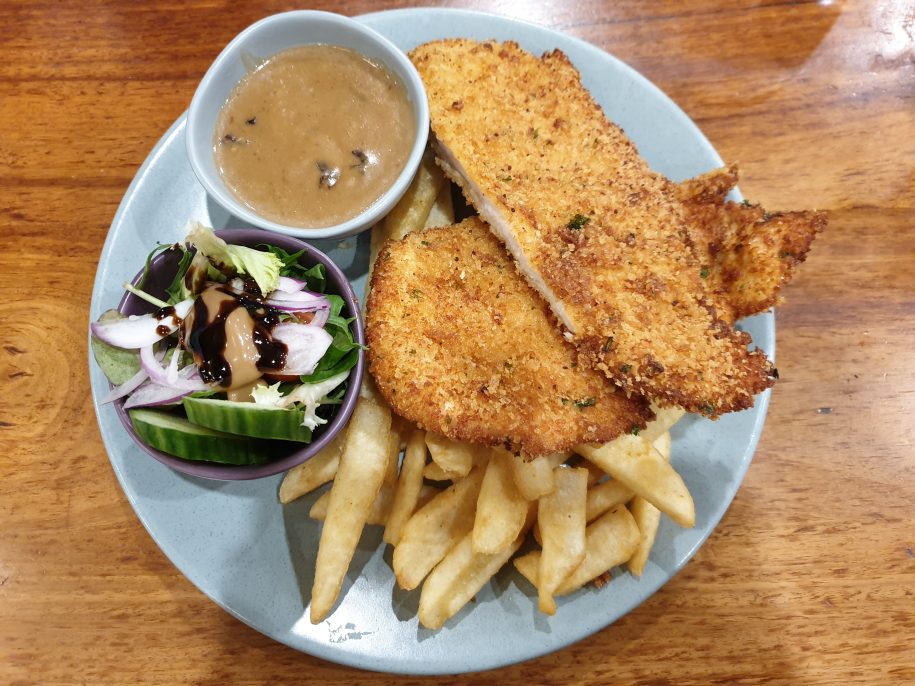 Schnitzels are a well-loved food in Adelaide. There’s nothing better than going to your local pub and grabbing the staple dish – the biggest problem you can have is deciding what sauce to choose with it. Mushroom is this girl’s go-to, but Dianne and pepper varieties are also favoured.

No doubt Adelaide’s love for schnitzels is something that links back to South Australia’s early history, when Germans came here in big numbers as part of the city’s pioneer settlement. We’ve had a lot of local food specialties influenced by German food (a couple of which I detail on food tour The F Factor). While you can find a good schnitzel in many parts of Australia, here in Adelaide we do them great justice.

Adelaide is known for beef schnitzels being widely available as well as chicken varieties, different to other cities where the poultry option is the only one. Much to the chagrin of any Wiener schnitzel tragics, there is rarely a pork schnitzel on an Australian pub menu. It is a right shame when you get used to them as I did living in Europe for a time, but getting back on the chicken bandwagon was just as easy. It’s just great, accessible pub food – restaurant food too these days, let’s be honest.

There are too many choices to count for schnitzels in Adelaide, but here are five chicken ‘schnitties’ (as we call them) that are of great value and packed with flavour. These places have warranted repeat visits which is why they make the cut – but I do stress, there are many more offerings of great quality I’ve tried that may just be added to this list in the future. 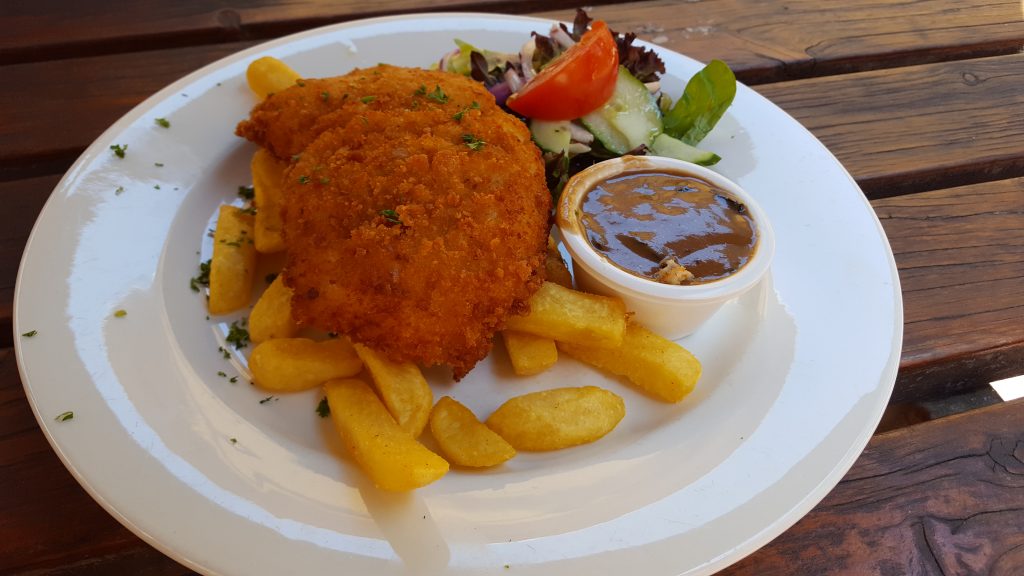 Best overall value for money in the city. Special? What special? These hearty schnitzels are only $12.90 EVERY DAY. No catch, just a very filling meal for what is a steal. There’s a decent bit of deep-frying involved with that crumbed layer, but it’s tasteful within what’s a solid pub meal (the schnitzel size is bigger than the photo suggests). Good mushroom sauce, and quick service too. They don’t fuss about at the Duke! 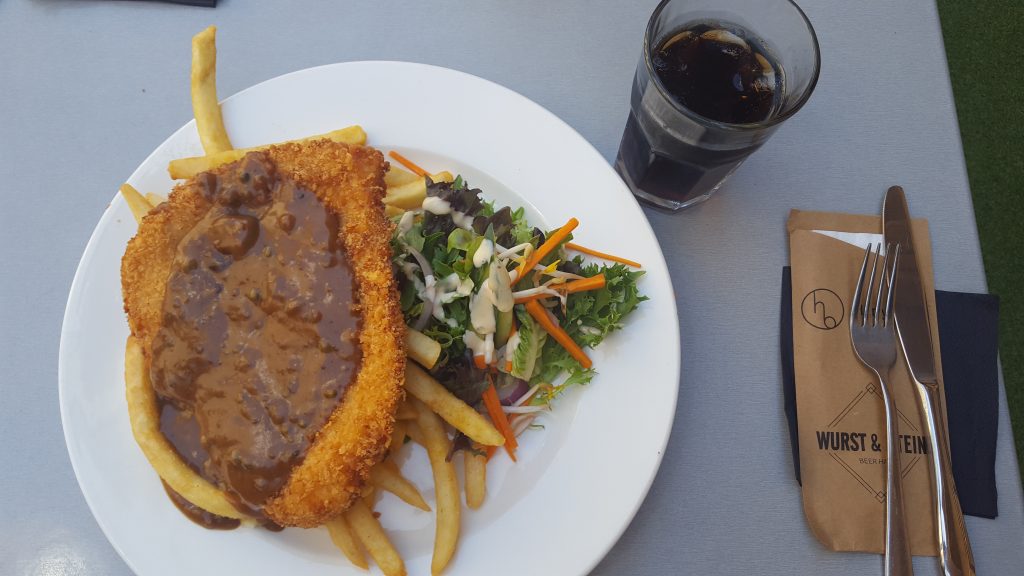 Whether you want to be in a bunker-style sports bar underground (not the vibe Wurst and Stein suggests with its name) or looking over Grenfell Street out on the Harry’s Bar balcony on a warm day, the old Tattersalls building combines these two venues with one kitchen. And their schnitzel, $10 when you purchase a drink, is well sized for that price. If you’re anything less than really hungry, polishing this off is a struggle. You’ll feel like a right champion at the end for getting through it though.

Schnitty night on Tuesdays at the TA (as it’s affectionately known) is a popular mid-week outing for those living in Adelaide’s inner south. The schnitzels are only $12 this night of the week, including sauce, and crumbed with a hint of herb. Getting to the venue before 6pm is part of the fun, hoping to get a seat in their beer garden. Or if you’re stuck outside when it rains, getting the least wet part of the beer garden. Been there, done that – but the schnitty is worth it! 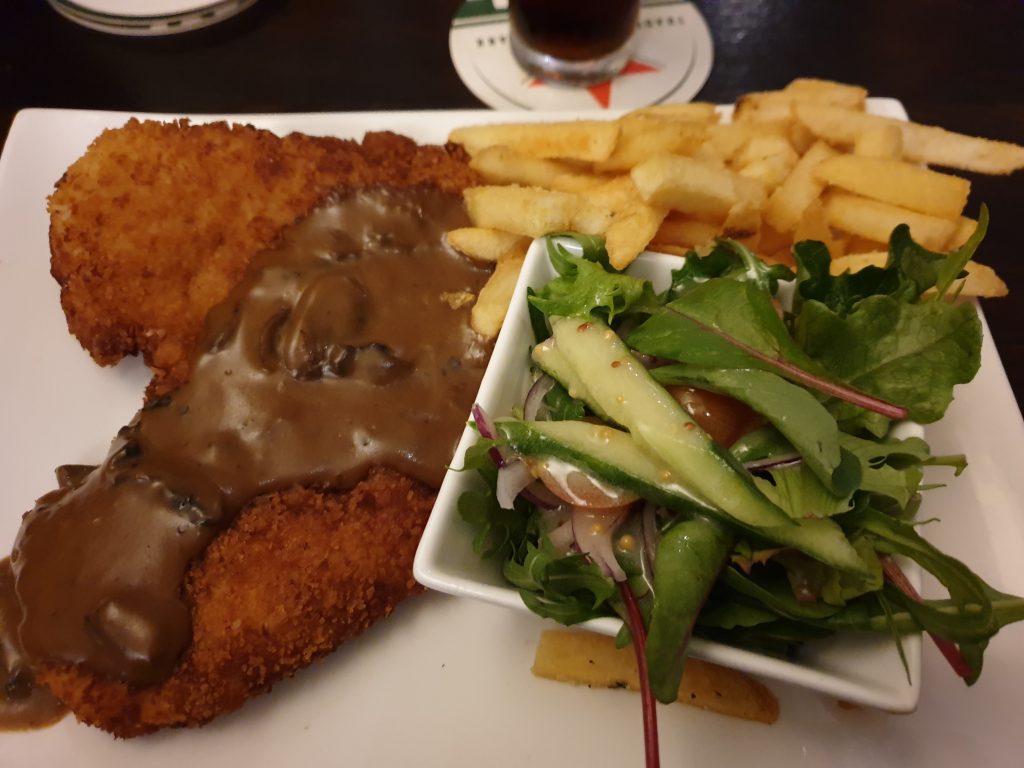 This was a little gem found by chance, and it didn’t disappoint. Even at a full-priced $22 I walked away satisfied – sauce amount was a little thin, but the large amount of fries made up for it. It’s rightly a staple item on their menu. They also do a cheap schnitty night – $10 on Tuesdays. If you’re backpacking this is near Hostel 109, Shingo Backpackers and Backpack Oz, so this is a great mid-week option. And also just a nice, quiet pub where you can go with friends to be undisturbed in case you need to vent about that horrible manager of yours and not be overheard. 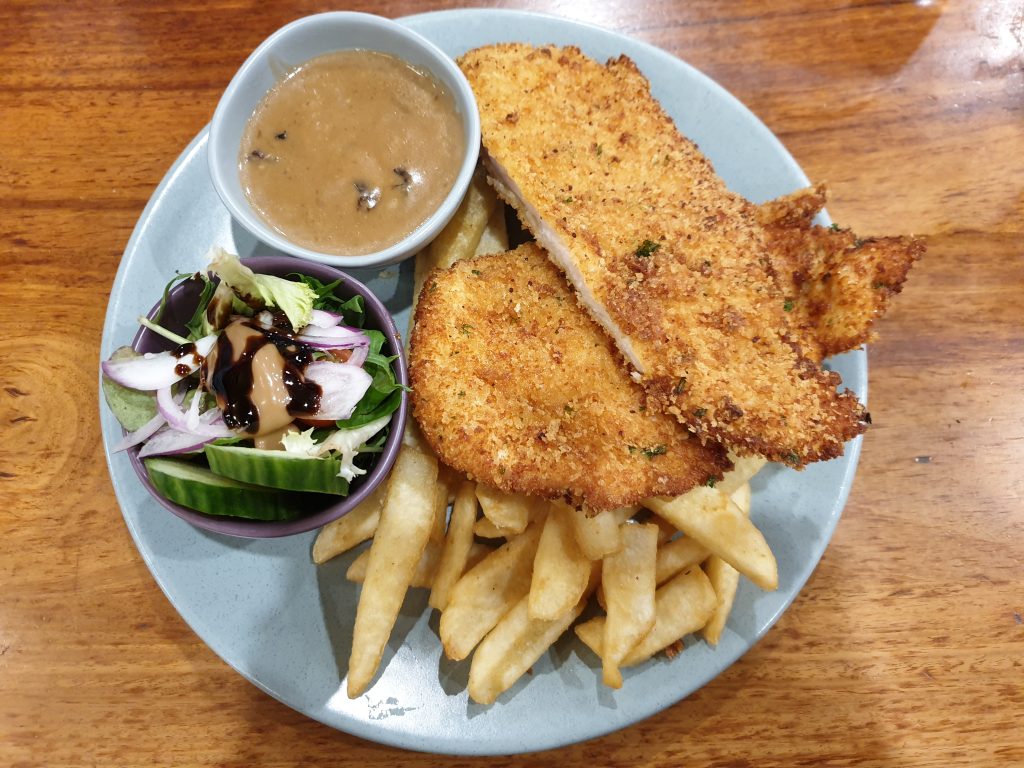 This North Adelaide restaurant is typically known for its Italian dishes, but their chicken schnitzel packs a punch. With a herb crumbing that’s just enough to create additional flavour, and a mushroom sauce that’s more creamy than gravy-like, this is big and satisfying, particularly on a cold winter’s night. You’ll want to try and fit in one of their desserts afterwards, but it’s very unlikely because of how filling the (thick) schnitzel is.

What’s your favourite place for chicken schnitzel? It doesn’t have to be Adelaide – just share your story in the comments so we can all share the schnitty love!

Missed the last post? I wrote about the reasons you have to do our tips-based walking tour if you only have 24 hours in Adelaide!

We are hiring! We’re looking for a tour guide to lead worldly travellers around Adelaide across the 2019-20 summer. Check out the details here.