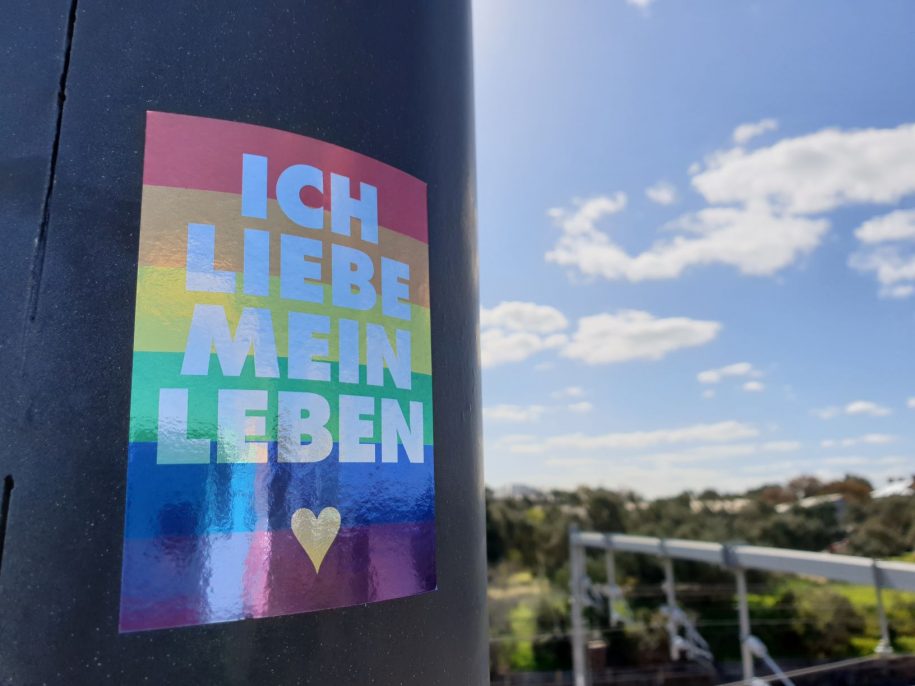 Celebration of gender and sexual diversity has been an important part of changing times that have seen our society becoming increasingly progressive. It’s amazing to think of what life was like merely 20 years ago and think of how different people’s perceptions of the queer community were. Eurovision was only beginning to gain a queer-friendly status, while laws banning homosexuality still existed in many nations.

Let’s face it, there are still mountains to climb. And I write this as a straight woman looking up at the sky at the mountain peak hoping for equality between ALL within my lifetime. But one thing is clear – the gay rights movement is something that has affected every one of us. It’s nowadays rare for a person to not know someone who is out and proud in the community, and we want the best for our family, friends and colleagues. The Yes vote to same-sex marriage in Australia was a momentous event, and one that needed to happen.

The Pride March is a key component of that gay rights movement, held in cities across the world and a meaningful and empowering event for the queer community. Some of the biggest are held in cities like Amsterdam within Europe, and Sydney’s Mardi Gras in Australia. Having lived in New South Wales for two years, I desperately wanted to get to Sydney for the event but wasn’t able to. It still remains a big bucket list item for me and should be something all Australians have on their own travel/life bucket list.

Adelaide’s history with the Pride March is one of ups and downs, in that the march was first held in 1973 but wouldn’t resurface again for another 30 years. Now as an annual event leading into the Feast Festival, it provides the kick-off to Adelaide and South Australia’s Pridevember – Adelaide’s Pride Month. The month of November is when Adelaide celebrates all things queer, giving everyone a fabulous, flamboyant start to the summer and a glimpse into different ways of life.

Feast Festival, as the main event of Pride Month, celebrates 23 years in 2019. But the festival still maintains a refreshing nature and treats each year as if it’s the first. As a not-for-profit festival, it looks to present a range of queer arts to the masses – it’s more than just a collection of drag shows! The festival covers community events and puts a spotlight on queer groups across South Australia and is the third biggest queer festival in the country… something that adds value to our moniker of ‘The Festival State’. 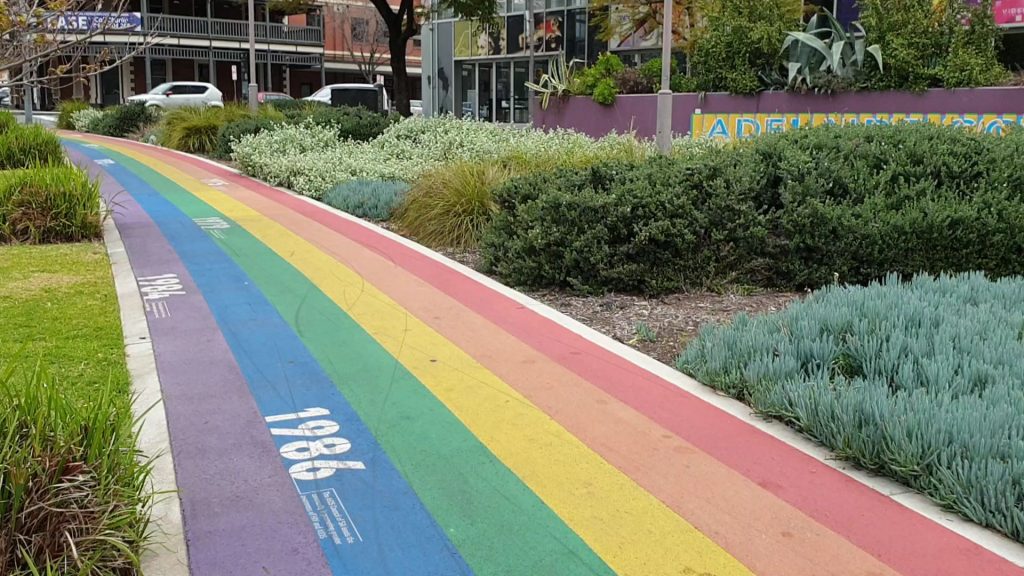 Pride Month is important to South Australia given this state’s progressive history with gay rights. Under the leadership of Labor premier Don Dunstan, South Australia was the first state in Australia to legalise homosexuality in 1975. Pride Month in Adelaide has weighted meaning with that behind it as we show Australia and the world that equality really did create social change in the city during that time.

It’s no coincidence that I chose to work with Feast Festival this year – we have similar virtues past our flamingo logos! Creating spaces and events for like-minded groups who are open to new experiences are what Feast and Flamboyance are all about. Because the world would be a boring place if people didn’t want to push boundaries or go out of their comfort zone.

Flamboyance Tours is hosting a Queer Art Walk with Feast Festival veteran Dr Gertrude Glossip, who has a wealth of knowledge about Adelaide’s queer history. It’s an Adelaide tour with a difference, also focusing on queer visual art exhibitions. And being involved with the city’s Pride March is a no-brainer – dressing up with a flamingo theme and walking the streets with other fun, flamboyant people is a pink-filter opportunity to see how great our world is with colour, laughter and glitter.

The opportunities Pride Month has given Flamboyance Tours in 2019 to try something new and different within the Adelaide walking tour space is exciting. And I hope you’ll come along for the ride with me – not just in supporting Flamboyance Tours, but also supporting the queer community and their time in the spotlight.

Missed last week’s post? I broke down how to create a walking tour – whether as a professional, or just wanting to show family and friends around your home city.