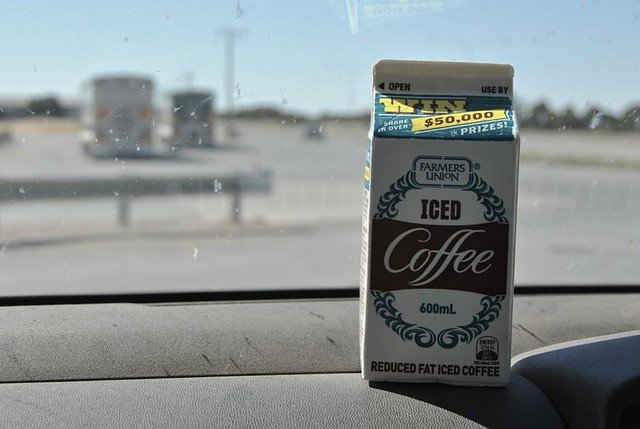 It’s a Farmers Union Iced Coffee or it’s nothing, as the saying now famously goes. We love a lot of different beverages in Adelaide, a city primarily known for its world-renowned wine regions, but this particular iced coffee is the king of our non-alcoholic drinks.

FUIC as it’s affectionately known (pronounced fyu-ick) got its start a few decades ago, where a group of dairy farmers in South Australia came together to create a new iced coffee recipe for our popular agricultural/carnival event the Royal Adelaide Show. The hearsay is that people weren’t consuming enough of the white stuff, and farmers wanted to reinvigorate people’s interest in it. Regular coffee still didn’t taste all that great across Adelaide either, as back then the city’s coffee scene was nascent.

Launched officially in 1977, the success of their iced coffee is one that has seemingly been always there because now it’s such an important part of Adelaide’s personality. Really – FUIC helps define the city with people constantly drinking it. Tradesmen sit down on the kerb having a pie and FUIC for lunch (it’s a surprisingly good combination), the white carton for the iced coffee standing out. 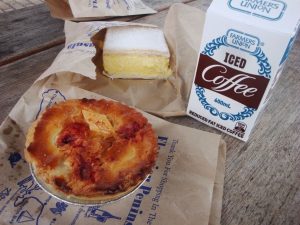 The carton is an icon in itself – not any different from others in size, but for helping retain the great taste of the iced coffee. As well, it is so appreciated within Adelaide that even Mitsubishi Motors once acknowledged this in the best possible way. The Adelaide Mitsubishi factory, around for decades, once made a model of Magna cars which had a square hole for drinks next to the driver’s seat (which could also fit a round bottle). It was designed with the square FUIC carton in mind!

Such is the love for this iced coffee that it today outsells Coca-Cola almost 2:1 in South Australia. At one point around 2008 it was about 3:1 – one of only three drinks worldwide to outsell Coca-Cola in their home territory, along with Inca Kola in Peru and Irn-Bru in Scotland. And just for the record on a slight tangent, they also do a mean Greek yoghurt.

Even if you’re not a huge coffee drinker like me, it’s a really smooth drink that goes down a treat as a cold option for that caffeine hit. It’s readily available across South Australia, and even though stylists have been inspired by the drink from long ago, now there’s even a clothing range to spread the FUIC love. What more could you want?

If you have a story about your experience with FUIC I’d love to hear it. I also talk about FUIC along our Adelaide food tour The F Factor, which showcases local tastes around the city centre. Make sure to join us on a tour so you know where to get it and try it!

Missed the last post? I talked about how to research for a walking tour – a good measure for researching anything really!