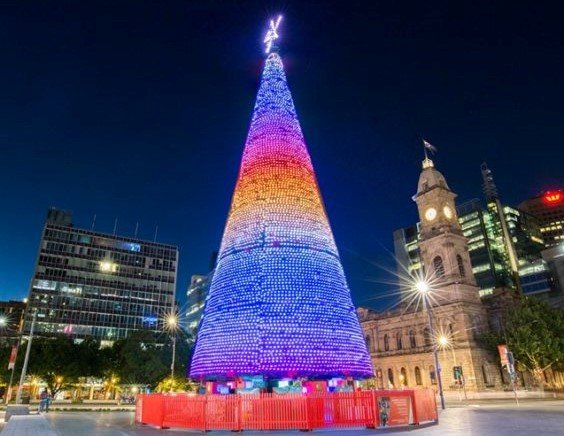 As a tour guide in Adelaide, the number one comment I receive across the months of November and December is that “it really doesn’t feel like Christmas”. It’s a conundrum I face daily in these months because growing up in Adelaide, a warm Christmas is a normal one. But so many more people out there are used to that thing they call a white Christmas.

There’s nothing right or wrong about how Christmas is spent, it just is what it is. It’s a time where families should get together and celebrate what makes life great (and the birthday of Jesus Christ for those of faith). It’s funny then that I should question what constitutes feeling like Christmas.

I’ve been asked by a traveller what we do to keep us going in the winter months, as for them Christmas is the exciting thing in the middle of a gloomy northern winter. It’s a great question, as I imagine there wouldn’t be much else to keep morale for them. My initial answer was that Adelaide has events like Winter Reds, a popular red wine event across the Adelaide Hills. On later thought, we also have things like the (Australian Rules) football, the Adelaide Cabaret Festival… and the ice-skating rink in Victoria Square.

We don’t have something like Christmas, but at least it doesn’t get too cold in Adelaide. After spending time in Europe during its winters, I’ve realised we doesn’t cop it too badly. Though coming back to an Adelaide winter was still a shock as it (surprisingly to some) does get cold enough that we’re thoroughly sick of it by the season’s end.

For us, Christmas in the summer still doesn’t feel like Christmas most of the time because of the age-old connotations of the celebration being based in winter. When you’re all grown up and you listen to songs about reindeers and sleighs, and then see statues of snowmen, it starts to feel a bit laughable. Plus, I’ve mostly worked in industries where Christmas Day is still a working day, so there’s always the notion it may not even be a day off. 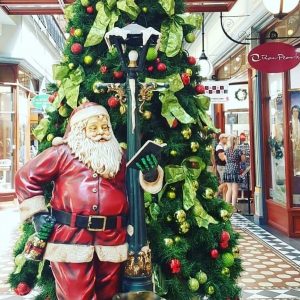 We still have Santa statues around, chocolate advent calendars, and crazed gift-buying (let’s face it, most people don’t shop until a week before). We go to visit the Adelaide Hills town of Lobethal for Christmas lights, cars bumper to bumper as thousands try to see the best displays. And we still have appreciation for many a Christmas tune and so-bad-they’re-good Netflix Christmas movies. Christmas in Adelaide is like Christmas anywhere else, it’s really just the weather that changes overall attitudes. If we had snow, we’d behave like what you see in the movies. But not like Kevin’s family in Home Alone.

What we do have that’s unique to the southern hemisphere is pretty damn special. The option of sitting outside or going to the beach for Christmas lunch, the punch made with loving care, the abundant prawns that get that little bit easier to peel with each try, and enough food overall to feed three armies (at least in my Greek family anyway). We might not be able to wear cool-but-daggy Christmas jumpers, but in many families, you will see a flamboyant uncle still dress up in a Santa suit for the kids in the heat. And Aussies are generally in good spirits as many look forward to the upcoming Boxing Day cricket test and summer clothing sales.

I’ve concluded that to me as an Adelaide local, Christmas feels like… the beginning of the end. That time of year when things have really slowed down, a lot of offices are shut, and people are forced to take it easy. It’s close to the end of the year, and the time to start reflecting on the ups and downs of the year to then move forward to what’s next. It’s about being grateful for the nearest and dearest around you, or if not that, at least seeing the good that can exist in this world. And I will admit, there are a LOT of songs on my Christmas playlist that make me feel good too. Even those with lyrics about snow.

Missed the last post? Farmers Union Iced Coffee is a great South Australian icon; read about why that is here.