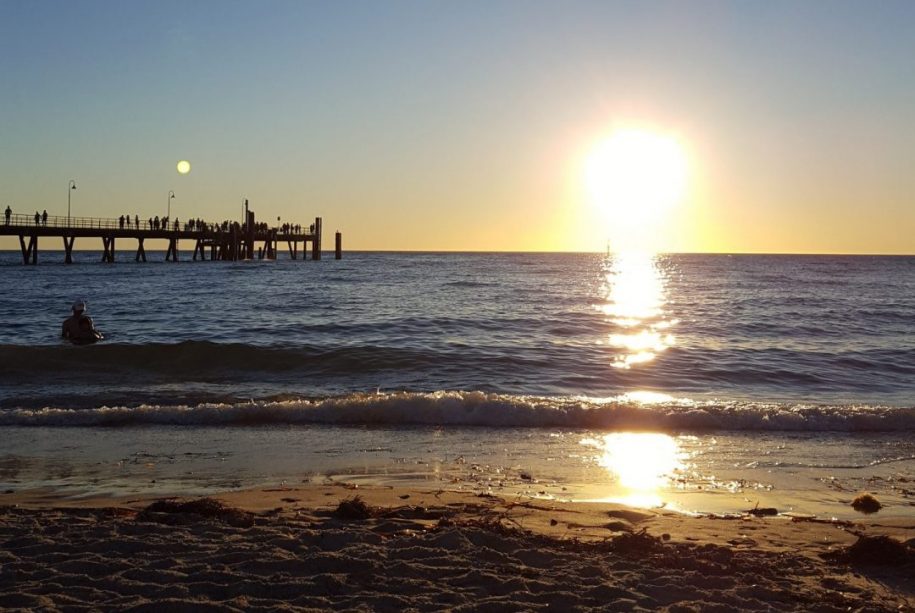 Australia is a country largely full of sunshine year-round and is known for its laid-back summers that incorporate a warm Christmas, summer sports like cricket and tennis, and long balmy nights. Adelaide is no exception with its heat, and as a city with a lot of cultural events across the warm months, it lives up to expectations as a place of huge enjoyment for visitors and locals alike during summer.

Officially summer in Australia runs from the start of December until the end of February, but in more recent years the season has dragged out in Adelaide where it now ends by mid-late March. Most locals embrace the heat as they’re not used to the winter cold (which is mild by world standards). I can’t speak for everyone but I’m one of many who prefers Adelaide summers to winters, purely because it’s such a beautiful place when the sun is out – Adelaide is such a walkable city any time of year, and even when it’s quite warm it’s still enjoyable.

In 2019/2020 we’ve experienced bushfires of unprecedented scale, something that has been damaging to not just nature, but wildlife and communities. However, this is an article intended to point out what the summer can bring in a positive way.

There are a few definite things you can expect from an Adelaide summer:

If you want a hot, dry summer vibe, you’ll get it. Adelaide deals with some of the most sweltering heat of Australia’s capital cities, and it’s not uncommon for the city to get multiple heatwaves across the three months. A heatwave is classified as three days above 40 degrees Celsius, or five days above 37 degrees. For the record, Adelaide’s hottest day on record was January 24, 2019 with a maximum temperature of 46.6 degrees Celsius. While we love the heat, anything above 43 (once considered the city’s absolute maximum temperature) borders on the dangerous and it’s advised to stay indoors with the air conditioning on.

Overall, the hot weather makes for great beach days as the water along Adelaide’s coastline remains cool into the summer. I find it too cold to stay in for long until about mid-January!

Our beaches are sandy, unspoilt and rarely have deadly creatures of the sea in them. Sharks? Not often, and unlikely to sight one from a beach right by the city. Crocodiles? Nope, too far south. Jellyfish? Once in a blue moon. Though we do have a blue-ringed octopus – but they only harm people when provoked, and they have only recently become a potential threat to a peaceful swim.

As said above, the water is rarely warm, so a beach day acts as a perfect summer outing to cool off. We also have nice hangouts like Glenelg, Henley, Grange and Semaphore, each with restaurant/pub options and nearby shopping precincts. 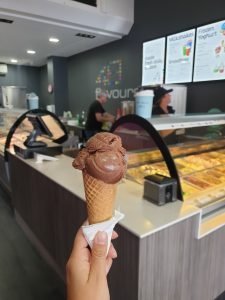 Who doesn’t love a melting ice cream or sorbet in the summer? We have some great places to get the cold treat around Adelaide, and it’s not just limited to the beach. In the heart of Chinatown, 48 Flavours is renowned for its varied flavours and smooth, creamy ice cream. In the areas of Glenelg and Norwood, Cold Rock is a favourite for mashing up ice cream with chocolate/lollies, but we’re lucky to have plenty of locally made ice cream available in supermarkets to enjoy at home. Golden North ice cream is one of Australia’s best kept secrets, particularly for its amazing chocolate ice cream, while Gelista is the closest thing Adelaide has to Italian gelato.

Adelaide has a lot going on across the summer months, from the always-big New Year’s Eve Big Bash T20 cricket match at Adelaide Oval, to the Tour Down Under cycling race in January, then the Adelaide Fringe in mid-February to kickstart the ‘Mad March’ period. Six events in the space of three weeks – two arts festivals, a music festival, Writer’s Week, a car race and the Adelaide Cup horse race are enough to make you go mad from the sheer choice of what to see/do.

We’re known as the Festival State in South Australia, and Adelaide puts on a great showcase of events for all ages during this time. It’s a great chance to take advantage of Adelaide’s balmy nights that never seem to end, a perfect way to make the most of the heat and enjoy a more frivolous time of year.

I’ve written about an Adelaide Christmas previously, the time of year so foreign to those from the northern hemisphere but so normal to us in the southern half of the world. The temperature rises rather than falls, and we’re used to either a barbecue or peeling prawns on Christmas Day. It’s great because Christmas marks the real start of summer – it’s only weeks away from the Australian Open tennis tournament, summer music festivals and beach time.

It does seem a bit ridiculous then that we still listen to songs about sleighs, reindeer and snow, but we grow up watching the same Christmas movies as anyone else, and many of us also do dream of a white Christmas at some stage in life. But in Adelaide we’re used to it being the complete opposite, and that’s OK with us. Here, there’s not much at all that happens on Adelaide’s streets on Christmas Day and that’s because we’re all taking a well-deserved break with family to end the year on a nice note. And then it’s looking forward to the new year, and the rest of the summer!

Seeing Adelaide on foot is the best way to discover the city in the summertime, so take a walking tour with Flamboyance Tours to learn more about it! In the meantime, what’s your favourite thing about summer? Leave a comment below!

Missed the last post? It was all about what we’re looking forward to in 2020!