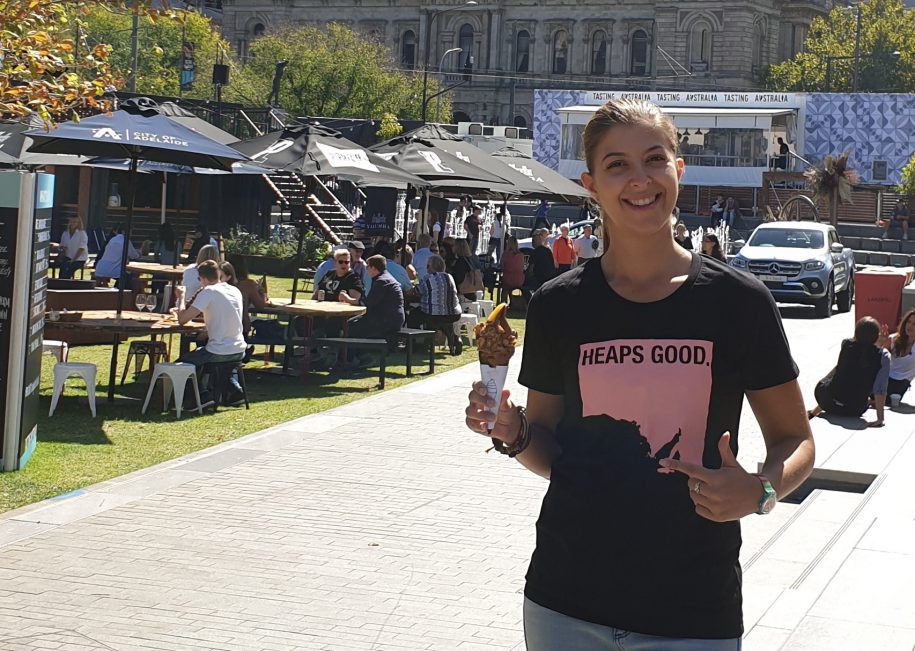 This is the first of five Local Customs blogs. Each week I’ll be publishing something great about South Australian customs!

Conversing with an Australian can be a confronting experience if you’re not from the land down under and you don’t understand the abbreviated terms we use, let alone our accents. From ‘devo’ for devastated, to ‘avo’ for avocado and ‘arvo’ for afternoon, it can be mayhem. May someone help you if you get those two mixed up – it’s ‘av-oh’, or ‘aaaarrrvo’.

Within Australia, because each state was first a colony before we were joined to become a federation, we very much have our own identity depending on what state we’re from. A lot of this is displayed through slang (either words or phrases) that is majorly used among the people of a state, but not as commonly in other parts of Australia.

South Australians are commonly known to have the most English-sounding accents, a bit more articulate than the broad Australian drawl known to come from the East Coast. But even so, we have some very distinctive slang primarily used in South Australia. These words and phrases are crucial to your understanding of what it is to be Adelaidean.

This saying does get used by other Australians, but not as much as in South Australia, and a lot of people think it likely originated here. We don’t know for sure, but news reports suggest the first usage of the word came out of teenspeak in the 1990s, and around the year 2000 it became more widely used. 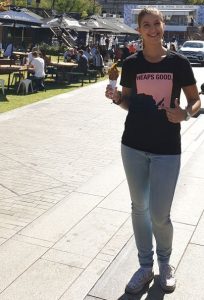 What does it mean? We just use the word heaps to mean very or really. So ‘heaps good’ just means it’s excellent, or really good! The phrase is usually associated by other Australians as being a South Australian thing, and we have come to own it thanks to the great Heaps Good t-shirts that have been around more than a decade!

This is what South Australians are known as, and we had this term long before the TV show Sons of Anarchy did! There are a few reasons floating around for why this name emerged, but the following has most plausibility. During the days of the Gold Rush in Victoria, many South Australians crossed the border to try and hunt for riches. A group had supposedly come under some hardship during their travels and were forced to hunt and eat crows to survive. They were termed ‘croweaters’ and the name stuck.

It’s only us and the Western Australians who have a descriptive name like this that are still actively used. There have been names for other states, but their use has fallen over time. We’re so happy with ours that the Adelaide Crows football team name derives from it! 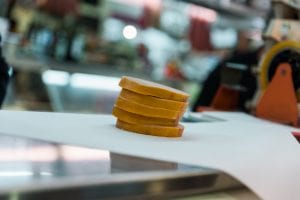 This is only South Australia’s best savoury snack. I love this so much you get it as a sample on our food tour The F Factor! Fritz was the surname of a butcher who worked between Adelaide and Lobethal in the Adelaide Hills region and created this pork/beef concoction. Other states have similar products but aren’t as good and have less fun names like ‘devon’ and ‘luncheon’.What makes it so great is the ‘bung’. It’s sheep’s appendix to retain the flavour and moisture! 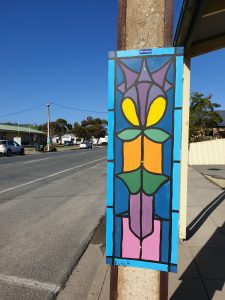 This is a South Australian invention so we definitely claim this one. Stobie poles are what hold up many of the state’s power lines and phone wires! They’re different to the usual hardwood poles you see in most places for this purpose, because we didn’t have that natural resource.

James Cyril Stobie was the engineer who created them – two steel poles held together by bolts and the middle filled in with concrete. They’re not pretty, and if you collide with one the stobie pole always wins. However, they’re great for decorating as many artists have done over the years.

We have a second use for butcher here. It still represents your local meat handler like anywhere else, but a butcher is also a specially sized beer glass of 200mL. Who drinks such a small glass of beer you ask? Responsible abattoir workers who wanted a small beverage in their lunch breaks at the nearest pub, that’s who! The term is widely believed to have emerged in the 1880s from the Newmarket Hotel on the corner of West and North terraces (which although empty still stands).

It’s not widely advertised anymore in favour of bigger sizes, but if you ask for one you can get it most of the time. And just to make the decision for what size beer we want more confusing, we call what’s known as a pot everywhere else in Australia a schooner, a schooner a pint, and a pint an imperial pint. Talk about confusing! I still have no idea what I’m ordering half the time.

There are more South Australian phrases than what’s on this list, which in no way is meant to be definitive. If you know more, feel free to mention them in a comment! But these five South Australian words and phrases are arguably the most important. Our way of life, and our foods have influenced such terminology and we couldn’t be prouder! After all, us croweaters do love to talk all things local!

Missed the last post? Social distancing is the new norm, but solo travel has been around encouraging this for much longer. Read about my solo daytrip to the Fleurieu Peninsula.